GiveSmart Webinar – How To Produce a Hybrid Fundraiser

Last week, Utopia Entertainment’s Joey Goone was a guest on the GiveSmart Webinar below, helping facilitate a conversation around Hybrid and Virtual event experiences. We were joined by 2,000 of our closest friends from all over the United States.

Joey Goone serves as President of Utopia Entertainment. He’s been in that post for the last six years, after helping Utopia transition from an entertainment company, expanding their operations into full-scale production and video creation. Joey not only helps Utopia produce Virtual and Hybrid events, but he’s been called upon to consult non-profits across the country as they look for creative ways to tap into new fundraising outlets. At the helm of his creative team, they’ve helped nonprofits not only sustain their efforts but exceed their goals in an ever-changing, challenging environment.

After the webinar, attendees had follow up questions for our team. Please see those questions and answers below!

1. Any ideas on how to make “house party” guests feel engaged?

Have your various house parties turn in team names. Your emcee or auctioneer may call out those team names during the program to make the event feel interactive and engaging. Pre-record videos of each house party or watch party. If you’ve seen The Bachelor, you are familiar with the watch party concept. Film crews “crash” various watch parties and those pre-recorded videos will be streamed during the live program. This is an excellent way to keep your event fun, fresh and interactive.

2. In your experience with others hosting virtual events, what have been some of the best methods for executing a virtual live auction? What steps do you recommend someone takes to make sure their live auction portion isn’t confusing?

We defer to our fundraising partners, Raising Paddles or A Higher Calling Fundraising Solutions on questions like these, but we do have a couple of tips for you.

1. Make the investment in a proper mobile bidding partner, such as Givesmart.

2. In an effort to be mindful of program timing, keep your total number of live auction items between three and seven.

3. Hire a professional auctioneer such as Raising Paddles or A Higher Calling Fundraising Solutions and a production company, like Utopia, that understands streaming, program design, and auctioning in blocks, instead of individual items.

3. We’ve looked into Drive-Ins, etc. but have run into trouble with the cost for permits to show movies and rent equipment. Same for music. Any good workarounds?

If you’re providing a public movie showing you need to register your event with the county and apply for a permit to for that particular movie, as to not infringe on copyright laws. As long as you’re not pushing to a social media site, i.e. Facebook or Instagram there should not be any issues with music. For larger audiences, you’ll want to hire a professional entertainment company, DJ, or band that is registered with ASCAP, which provides an annual membership to play licensed music publicy.

4. Because of how things change so quickly and often, how far out do you need to plan a virtual event with a production company?

Virtual and Hybrid events take more planning from the production standpoint than a live event does. We prefer a six-month window, however, the great thing about a Virtual or Hybrids event is that you can host your event on a Monday, Tuesday or Wednesday. We have produced an event within 14 days and because of our dynamic team, we were able to help this particular nonprofit exceed their fundraising goals. We suggest operating off of the same timeline as your traditional live event. Six months or longer is ideal.

The highest ROI items from last year to this year have not changed. Sports and travel packages are still popular. These packages have simply started to extend the timeline and provided more flexibility around ‘use by’ dates.

Experiences are also popular. One of the highest-grossing items;  chef tastings. In the past, you would have to go to a restaurant. Now, chefs are  providing cooking classes through Zoom! How fun would that be to have Gordon Ramsay, or someone similar, providing a cooking class to one of your donors!?

6. How important is interaction with viewing donors during streaming event?

Viewing donors during the live stream is not as important as having a professionally produced program.

Our partner Shannon is going to walk you through those elements:

Shannon: One of the important things is to be able to have a production crew that offers you a lot of options. The ability to change to and from different backgrounds and show off your sponsors is so important. There are a lot of technical components that make up a Virtual event. The screens, the music, the computers, the speakers, the cameras, it’s unbelievable. This is not the type of thing you want to do in your basement as a DIY project.

7. How are you dealing with accessibility on the virtual feed?  Are you using closed-captioning?  This is very important to our older donors.

Last week, we produced a Virtual event for FestAbility, an organization that serves those with disabilities. Above is a short video from their program that shows closed captioning. In addition to closed captioning, we had a second stream with audio description.

Thank you so much to the friends that were able to join us on the GiveSmart webinar last week. We hope you learned a lot!

If you have any other questions or would like more information please schedule a call with our team via the button below!

Schedule a Call With Our Planning and Production Team

To learn more about virtual and hybrid events, you can read our blogs below. 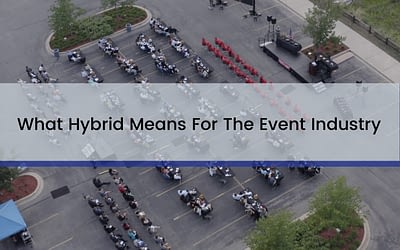 What Hybrid Means For The Event Industry

What Hybrid Means FOr the event industry Remarkable how the word hybrid has become infused into our daily lexicon...and its many applications.  Turn on the TV and IBM has an entire campaign of athletes and entertainment celebrities speaking to - hybrid technology;... 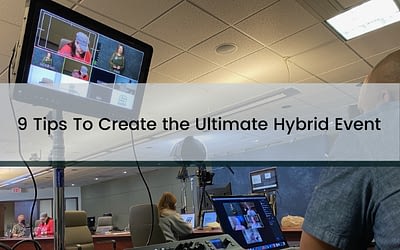 9 Tips to Create the ultimate hybrid Event As our society begins to reopen, we anticipate what was a virtual world in 2020 will begin to transition.  We’ve been a part of some innovative and creative discoveries that have come about in 2020.  While we move forward,...

One Cause Webinar – All Things Virtual Events

One Cause VIRTUAL EVENT webinar questions AND ANSWERS  Recently, Utopia Entertainment's Joey Goone was a guest on a OneCause Webinar below, helping facilitate a conversation around Virtual and Hybrid event experiences. We were joined by 2,000 of our closest...

Let Us Make Your Next Event a Utopia Event